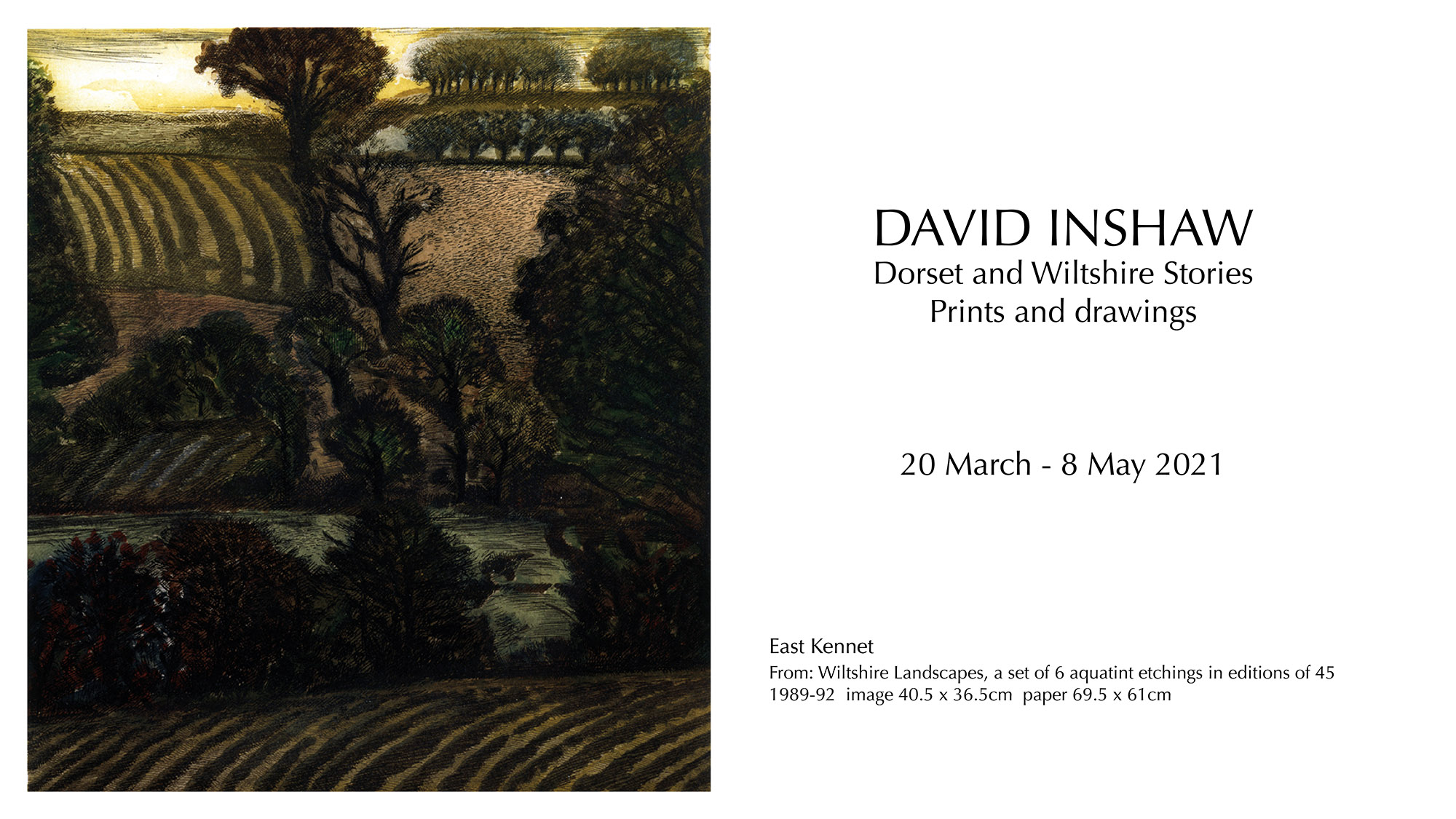 An experimental and brilliant print-maker, David Inshaw taught painting and print-making from 1966-75 at the West of England College of Art in Bristol. Throughout his career, he has enjoyed the collaborative process of printmaking. We are delighted to bring together here all the prints that David has available to buy. The earliest date back to 1986 and have not been seen for many years. His Wiltshire Landscapes series from 1989-92 are Inspired by Samuel Palmer, one of David’s great heroes. They tap into a sense of the spirit of the English countryside, a visionary ideal and energy that powers the best of English Romantic landscape art. In addition to the set of 6 aquatint etchings, we also have a few copies of the artist’s proofs which show how David developed these final pieces, via stunning black and white tonal works one of which was later split into two separate aquatint etchings. 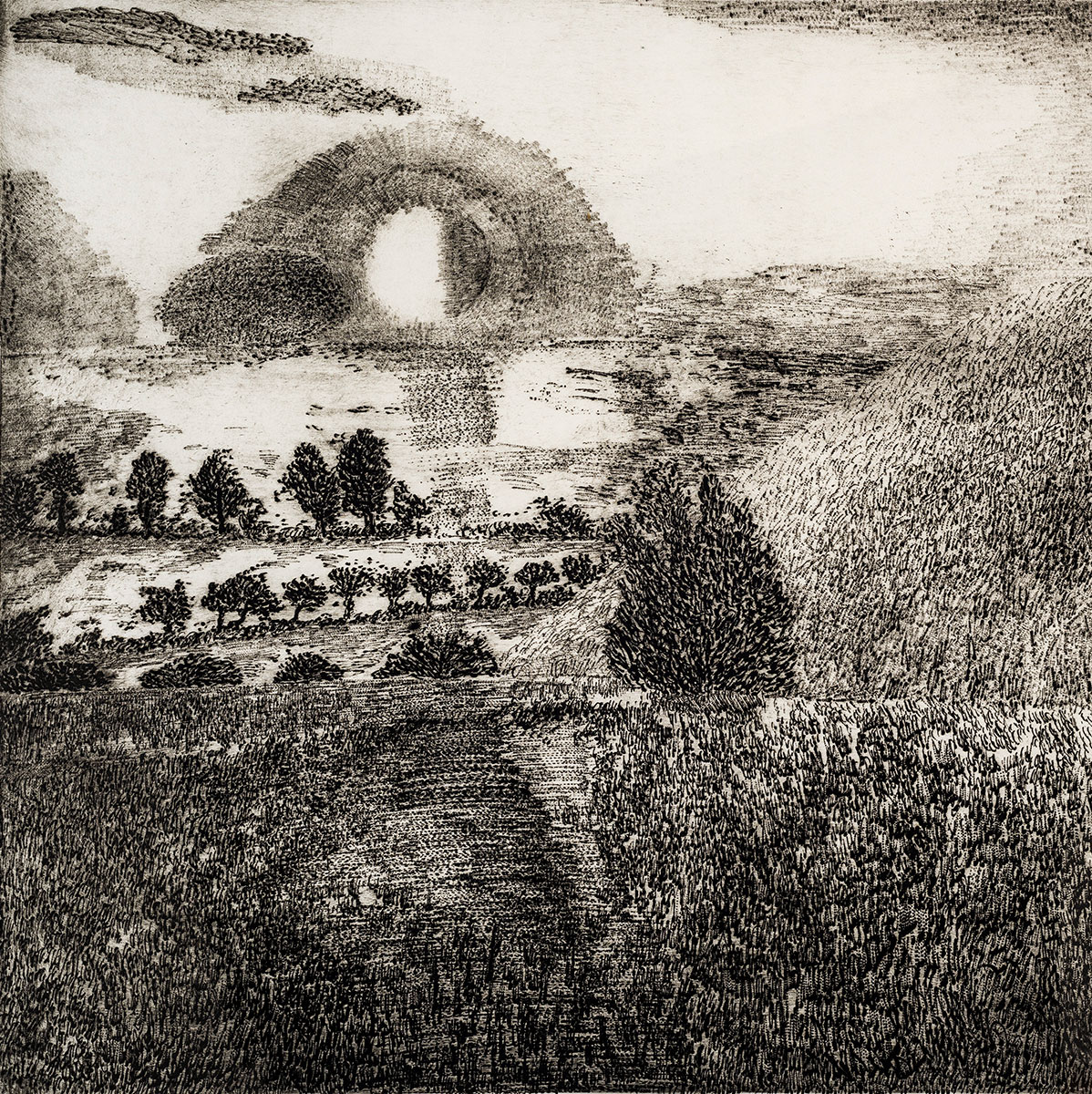 In 1994 he revisited Silbury Hill, the oldest prehistoric mound in Europe, a site that has always fascinated him and which he has painted many times. Silbury at Night is worked in a more delicate detailed style than the Wiltshire Landscapes. We can offer the Artist’s proofs for the work which are very beautiful black and white etchings in themselves.

Cricket has always been a passion for David Inshaw. The team he belonged to, mostly of poets, musicians and writers, used to come and play at Little Bredy cricket ground, near Bridport, every year. David’s two magnificent Cricket Game paintings celebrate those games in that magical place. Here now are the 10 Cricket Game etchings which take us through a cricketing day via the players, the surrounding trees and River Bride, the tea, and one larger etching, Mark Martin Batting.

From 1989 – 95, David lived with his second wife, Shelagh Popham and her young daughter, in a farmhouse in Clyro, Wales. Some of his most vivid memories from that time are of bonfires and fireworks amongst the trees and hills there, the subject of a number of thrilling paintings. Bonfires and fireworks are some of the motifs that reappear in David’s work over the years in different combinations and settings, sometimes Clyro and sometimes West Bay. They seem emblematic of the state of his heart, its highs and lows, the beginnings and endings of relationships. The six bonfire etchings of 2019 are very strong and wild, textured with carborundum.

David Inshaw’s drawings seem to come from a lighter more contemplative mood. Each of his three vast tree portraits, the oak, the willow and the sycamore is, as Andrew Lambirth wrote, ‘a demonstration of versatility, a virtuoso statement of the act of drawing.’ Completed between 2016 and 2019, these awe-inspiring works of art celebrate their subjects faithfully, wonderfully, just as they were.

Please contact the gallery with any enquiries about David Inshaw’s work.