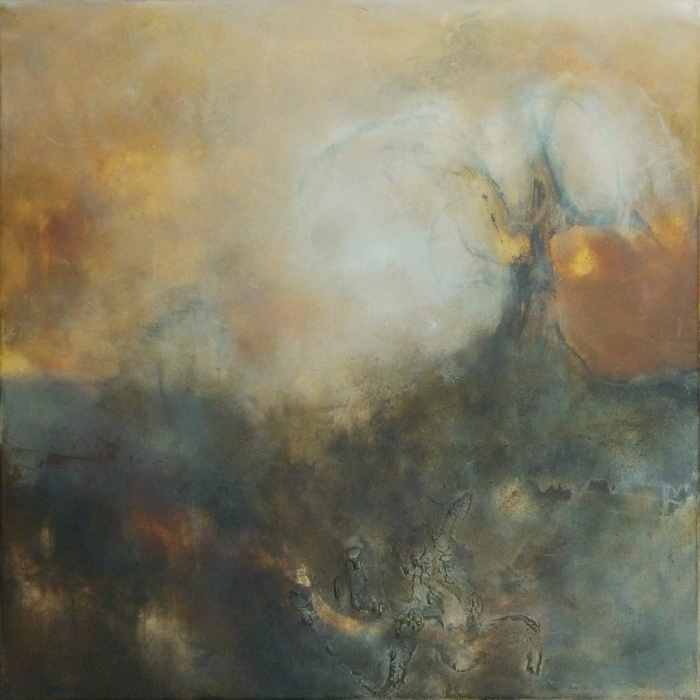 We are delighted to show a selection of Brian Graham’s Great Heath paintings in this exhibition of Dorset art.

Celebrated by Thomas Hardy, the heath originally stretched between Dorchester where Hardy grew up and Bournemouth where Brian Graham grew up. As an important habitat, it is now being restored by the National Trust, RSPB and Natural England amongst others. For Hardy it was the atmospheric setting for The Return of the Native and also appeared in The Mayor of Casterbridge as a form of Shakespearean elemental heath. Brian Graham’s paintings feel their way back in time to the periods Hardy described and also much further back inspired by the Paleolithic and Bronze Age remains that have been found in the area. These paintings bring Brian Graham back to his own earliest childhood memories; memories which seem to have shaped a part of his dreams and emotional landscape ever since. Brian’s experimental and exploratory use of colour, tone and texture speak to the heart. The paintings in the exhibition are shown immediately below with a fuller collection of the works further down the page. Viewings of particular paintings not in the exhibition can be arranged by appointment. Please contact the gallery with any enquiries on t: 01308 459511 or email gallery@sladersyard.co.uk

We are delighted to hold stock of Brian Graham’s paintings. Viewings can be arranged by appointment. Brian’s work can be seen below. Please click on an image for more details and prices. Contact the gallery with any enquiries on t: 01308 459511 or email gallery@sladersyard.co.uk

Purbeck-based artist Brian Graham has enjoyed a lifelong fascination with places where evidence of our earliest human ancestors has been found. His recent paintings are concerned with mood and weather in these atmospheric landscapes which he explores in many layered textured paintings that hover in the fertile ground between abstract and figurative. 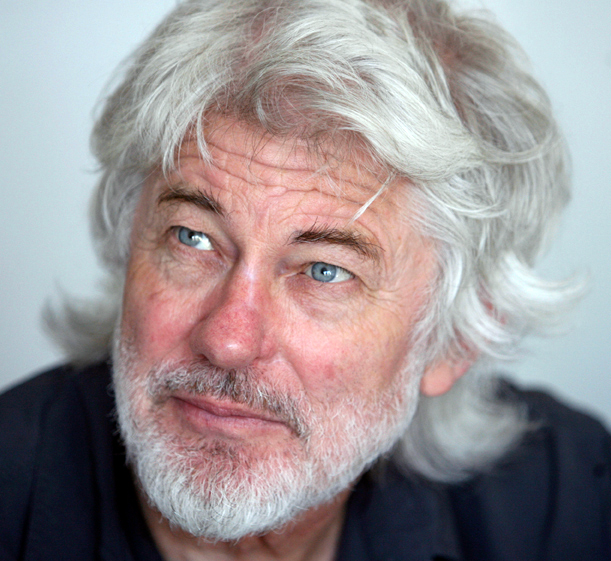 Brian Graham’s work has been enthusiastically embraced by archaeologists and art lovers alike. The Natural History Museum, London, possesses and has exhibited one of his portfolio works, The Book of Boxgrove. In January 2009 he shared a Nature Live Event there, entitled Boxgrove Art and Artefacts, with Professor Chris Stringer, Merit Researcher at the Natural History Museum and co-author with Professor Peter Andrews of another publication about Brian’s work, Starting From Scratch.

Brian Graham’s work is in several prestigious private collections and in many public collections including The National Museum of Wales, the art galleries of Dorchester, Southampton, Leicester, Huddersfield and York as well as the universities of Oxford, Cambridge, Southampton and London. In 2008, Brian Graham was awarded an Honorary Doctorate of Arts by Bournemouth University where for some years he has acted as visual arts consultant. Also that year, a richly illustrated hardback monograph, Brian Graham, Flint and Flame, written by critic and broadcaster Charlotte Mullins was published by Hart Gallery, who represented him in London between 1998 and 2012.

Brian Graham’s most recent solo exhibition at Sladers Yard was The Great Heath in 2019, exploring the ancient landscape between Dorchester and Bournemouth which Thomas Hardy called Egdon Heath. This was his second solo show at Sladers Yard. The first, Palaeoscapes in 2014, featured paintings of the places where Palaeolithic human remains have been found in this country. In 2018 Brian Graham’s exhibition Towards Music, exploring the evolution of music and dance through specific pieces of music and their composers, showed at Salisbury Museum and then at Southampton University.

A lavishly illustrated full-colour 40 page A4 sized catalogue for Brian’s most recent exhibition, The Great Heath, is available from Sladers Yard at £10 plus £2 p&p within UK. 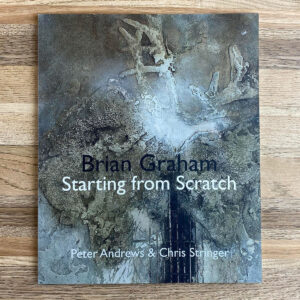 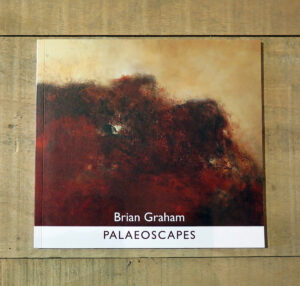 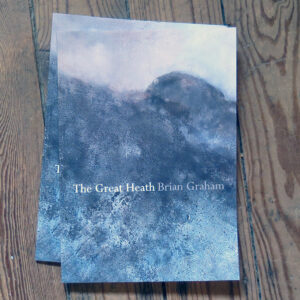