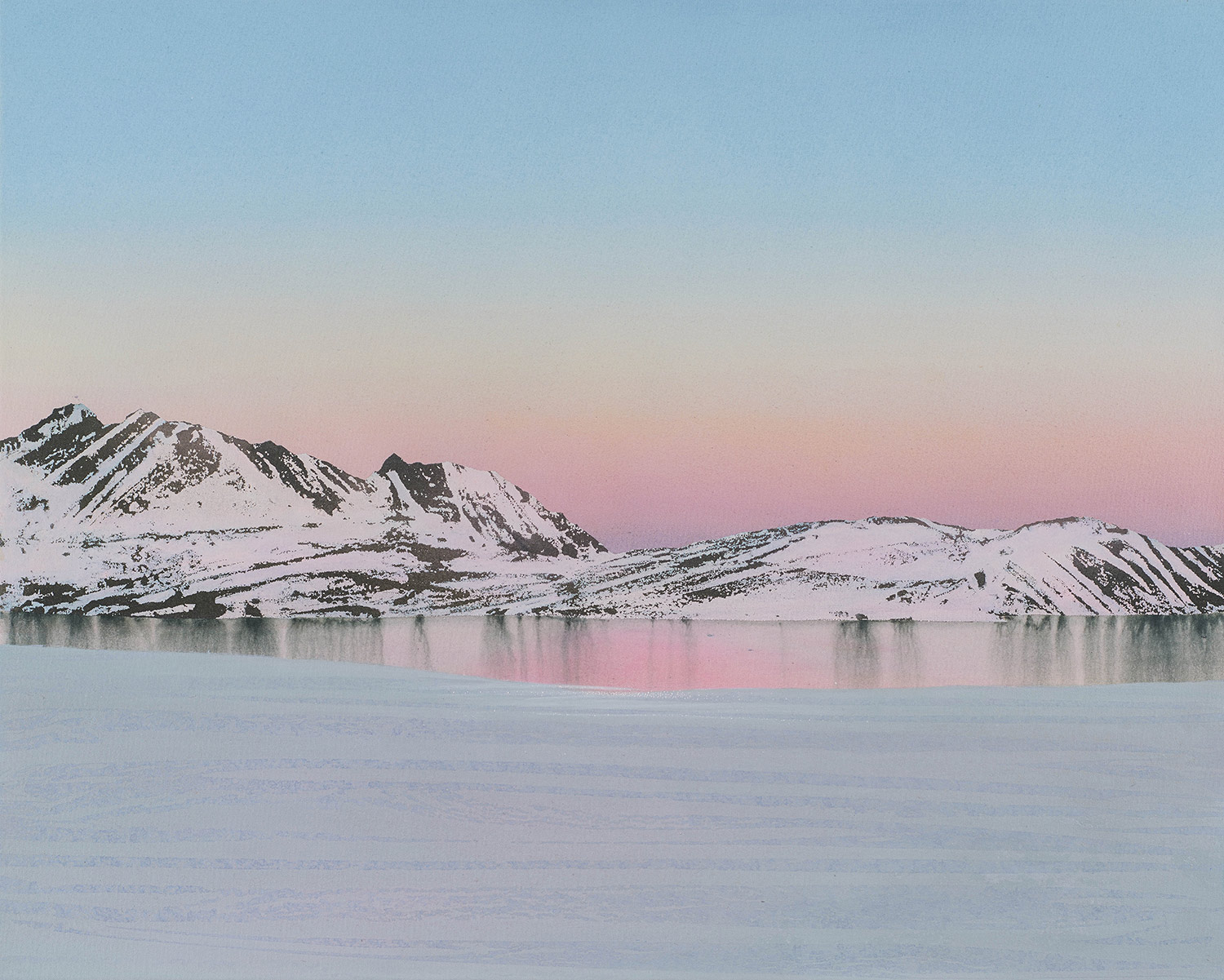 The Sea, the Sea

Nicholas Jones’s most recent paintings are inspired by Arctic space and light. He is fascinated by how such a rich and varied beauty can be created in the Arctic from the simplest of elements: ice, rock, water and light. His appointment in 2018 as Artist in Residence for the Friends of the Scott Polar Research Institute took him on a voyage to Greenland and Baffin Island where he was able to immerse himself in the light and landscape, which has been the catalyst for a fabulous new body of work.

Nicholas Jones was born in Bristol in 1965. He studied Fine Art at Bristol Polytechnic where his degree show paintings revealed a deep appreciation of Samuel Palmer and a concern for luminosity. For three years he then worked almost exclusively in the medium of stained glass. In 1990 he returned to painting and in the space of twelve months began to discover his own artistic identity, working with a sudden confidence, intensity and independence. It was at this time that he first met Andras Kalman and his paintings have featured frequently in the Crane Kalman Gallery ever since. Crane Kalman have mounted eight solo exhibitions of his work since 2000. Nicholas is showing for the first time at Sladers Yard.

Landscape, abstraction, colour and light have long been the dominant themes of Nick’s painting. Taking inspiration from the countryside around his Somerset home, from visits to the Lake District and Scotland and dreams of places further afield, he has sought to evoke the world of nature, of hills, mountains, water, skies, trees, and above all, light. Over time these ‘abstracted landscapes’ slowly became more simplified – increasingly pure celebrations of colour and light. Between 2014 and 2017 Nick made a number of visits to Finnish Lapland culminating in over sixty paintings attempting to evoke the other-worldly beauty of the Aurora Borealis.

Nicholas Jones is married to Jane Blazeby, a professor of surgery in Bristol. They have three adult children. 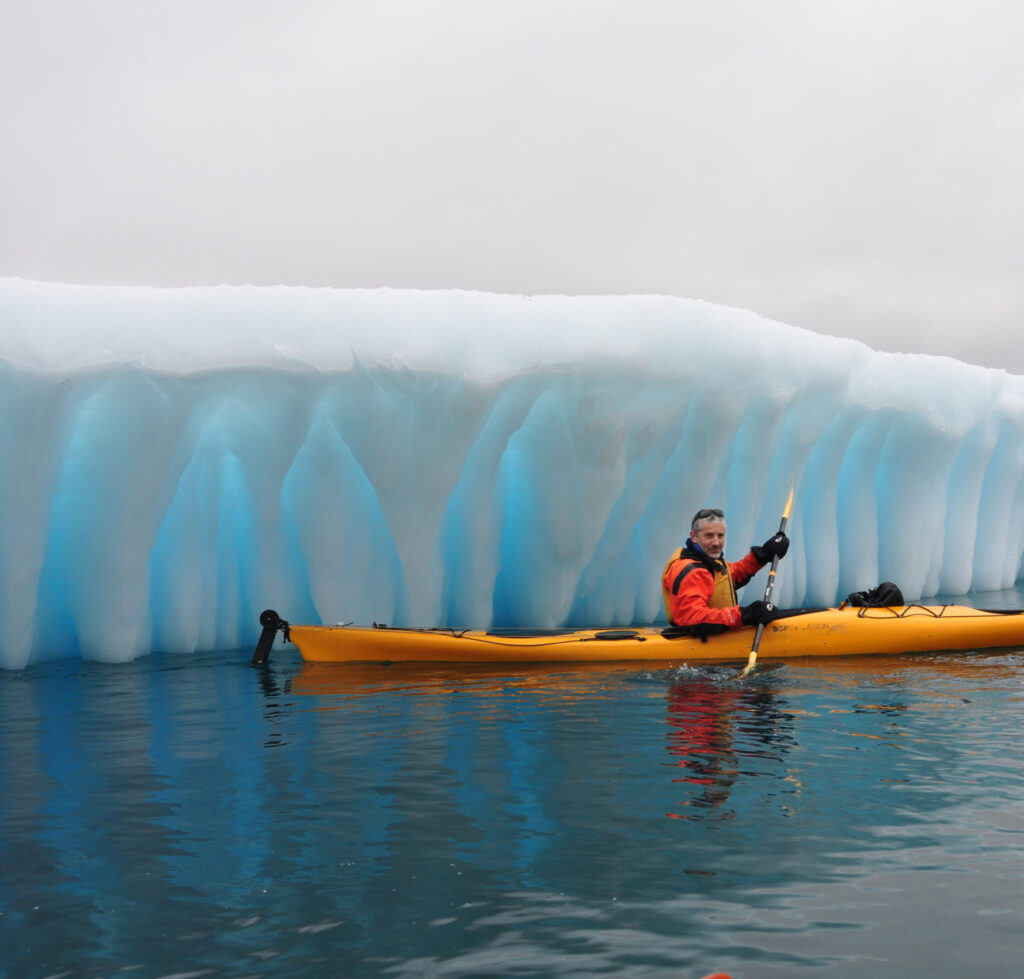 At this time when our planet is heating at an unprecedented rate, icebergs speak with haunting poignancy. And yet they seem so composed and contained, utterly at ease and wonderfully responsive to the changing light and colour of the sea. At a personal symbolic level, I find icebergs to be beautiful images of trust, surrender and letting go, all qualities that I aspire to. It is my hope that these paintings may speak of the beauty and fragility of the Arctic but also, in some small way, open up space and light for others, just as my time in the Arctic did for me. 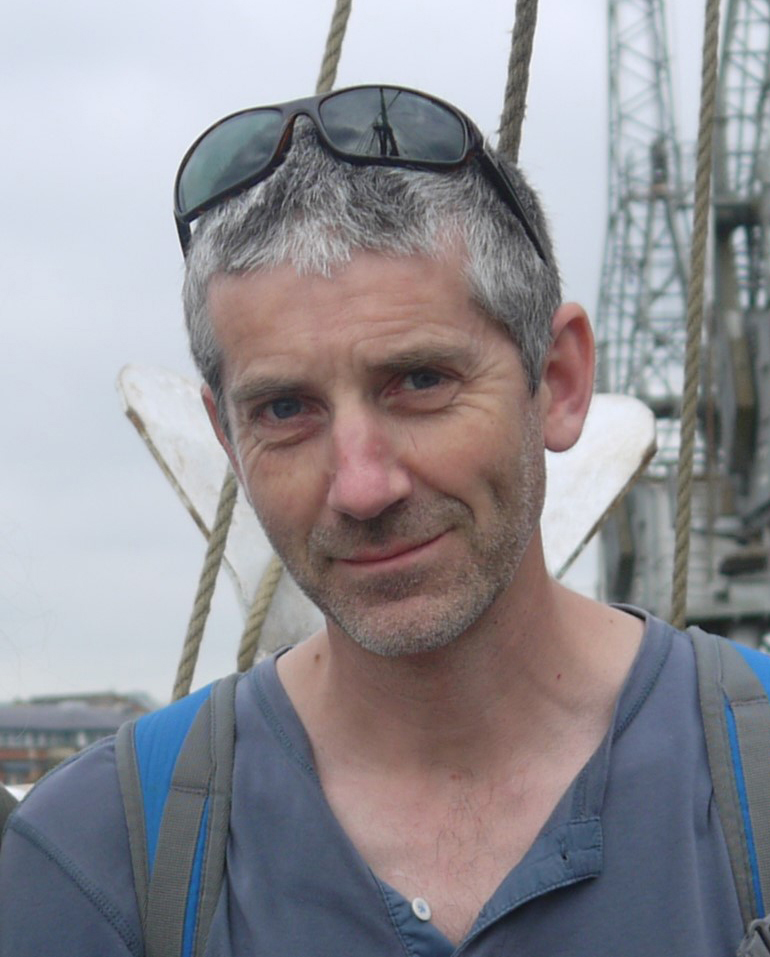