Vanessa Gardiner paints in a dynamic geometric style enlivened with lyrical curving lines. Her colours may be opaque and crisp or more translucent and weathered, scoured and scored, washed back and reapplied, to give surfaces like those of a pebble on the beach. Seductive in colour, texture and composition, these paintings are deepened and intensified by memory. They explore what is known and felt when experiencing the raw beauty of these particular places. Vanessa always stays true to the landscape as she sees it. Typical of her respectful attitude to the natural world, this discipline keeps her work fresh and vital.

One of the secrets to Vanessa Gardiner’s work is how true she stays to the observed landscape of the dramatic Cornish cliffs that inspire her. Her paintings are informed by the wonderfully accomplished drawings made there and then on multiple visits to her chosen locations. Almost like a sculptor, Vanessa Gardiner seems to be feeling and resolving the structures of her subject matter in her drawings, exploring what is known and felt when she experiences the raw beauty of a particular place.

Vanessa Gardiner is a well-established painter who has been working as a professional artist for many years. She was born in 1960 in Oxford where her father was a tutor of philosophy at Magdalen College. She did her Foundation year at Oxford Polytechnic going on to study Fine Art at the Central School of Art and Design in London. After six major solo shows at the Hart Gallery in London, she moved to the Thackeray Gallery in 2015. Her solo shows at Sladers Yard have been in 2008, 2012, 2016 and 2022 with two two-man shows in 2019. We are delighted to represent Vanessa Gardiner. In between exhibitions her work can be seen here by appointment or bought from the website. She also works brilliantly to commission.

Vanessa Gardiner’s work is in private collections around the world and in public collections including Exeter Hospital, Bournemouth University Collection, Carlow Collection Ireland, the Archive of the Ballinglen Arts Foundation Co. Mayo, Cowley Manor, Huddersfield Art Gallery, Fidelity International, New Hall Cambridge, Magdalen College Oxford, the British Academy London and the British School in Athens. She lives in Charmouth, Dorset, with the painter Alex Lowery. They have a daughter, Jessie.

Distinct landscapes around the Cornish coast have been long-standing sources of inspiration for my own work.  Such places as Pentargon, Beeny, Trevalga and Godrevy; and at Boscastle, where the natural crook of the harbour is almost enclosed by the architectural forms of the dark slate cliffs and inlets of deep turquoise sea. All are beautiful, dramatically contorted coastlines, each shaped and weathered in common by the Atlantic Ocean. 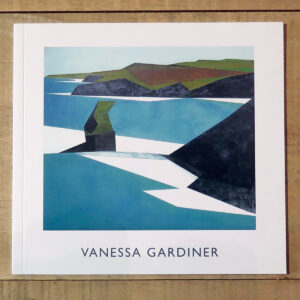 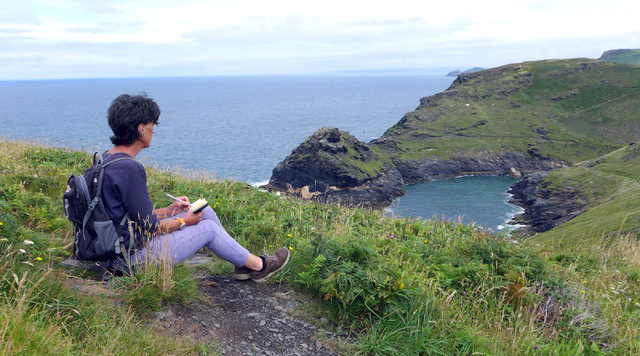